Affulent Homes, Do They Have Less Pest Problems?

Bigger Homes Do Have More Bugs!

In a survey of indoor arthropods, the most common house spider (arthropods) was a common and repeat tenant. Now, the scientists report that wealthier areas have a wider variety of arthropods.

In wealthy neighborhoods, the houses have a varied palate … of spiders and flies. The interiors of these homes are populated by a more diverse array of arthropods than those in less prosperous neighborhoods, a new study indicates.

The explanation for this abundance actually lies in the exterior of the home. Typically, nicer neighborhoods are also richer in species. Scientists have discovered this “luxury effect” before, in plants and outdoor animals such as lizards, bats and birds. For plants, the connection is very direct; affluent tenants have more funds to direct to landscaping, or live in lusher communities. In turn, a diverse collection of plants offers more food and habitats for animals.

Previously, the team explored 50 houses in and around Raleigh, North Carolina, and determined that more than 100 arthropod species dwell within the average home (most of these tiny occupants aren’t pests). Using data from this “arthropods of the great indoors” survey, the scientists have now investigated how landscaping and socioeconomic status can affect indoor bug diversity.

“There is a general perception that homes in poorer neighborhoods are refuge to more indoor arthropods,” the team wrote August 2 in Biology Letters. Their work indicates that this perception is off-base.

Most arthropods that show up inside are actually outdoor species that made their way in by accident. The majority of indoor arthropods were flies, spiders, beetles and ants, although the scientists also unearthed some more human-dependent critters such as dust mites. Houses in neighborhoods with an average annual income of about $33,000 had denizens from about 74 arthropod families. In neighborhoods with an average yearly income of about $176,000, a given house was likely to carry arthropods from 105 families.

The entomologists expected to find more types of arthropods in big houses with more surrounding plant cover and diversity. But in affluent neighborhoods, even houses with sparse vegetation carried a wide variety of arthropod families; simply being near other, more verdant homes gave them a boost.

Though intriguing, the survey doesn’t represent bug diversity everywhere; the scientists only sampled freestanding houses in one city. But it does show how connected the interiors of our homes are to the world outside. “The management of neighborhoods and cities can have effects on biodiversity that can extend from trees and birds all the way to the arthropod life in bedrooms and basements,” the team concluded.

If worries about insects living inside your home have you down, contact Rosie’s Pest Control for a free evaluation of your needs.

All Insect Repellents Are Not Created Equal 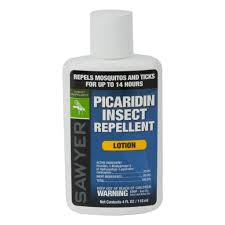 Are all insect repellents created equal? According to consumer reports, NO! In fact, most of the top brands you find in grocery and retail outlets are proven to last only an hour or less.  The unbiased report that was just released by Consumer Reports compares all brands and the winner is Picaridin Insect Repellent overwhelmingly.
If you are pregnant or nursing there are vegetable based options, but they are just not very effective. The best way to keep the mosquitoes from biting is to control them in your area. Rosie’s Pest Control has you covered in the Memphis area with a FREE mosquito treatment with any pest contract for your home or for your business. With the spread of the Zika virus, mosquito control is more important than ever.  Request a free evaluation from Rosie’s here.